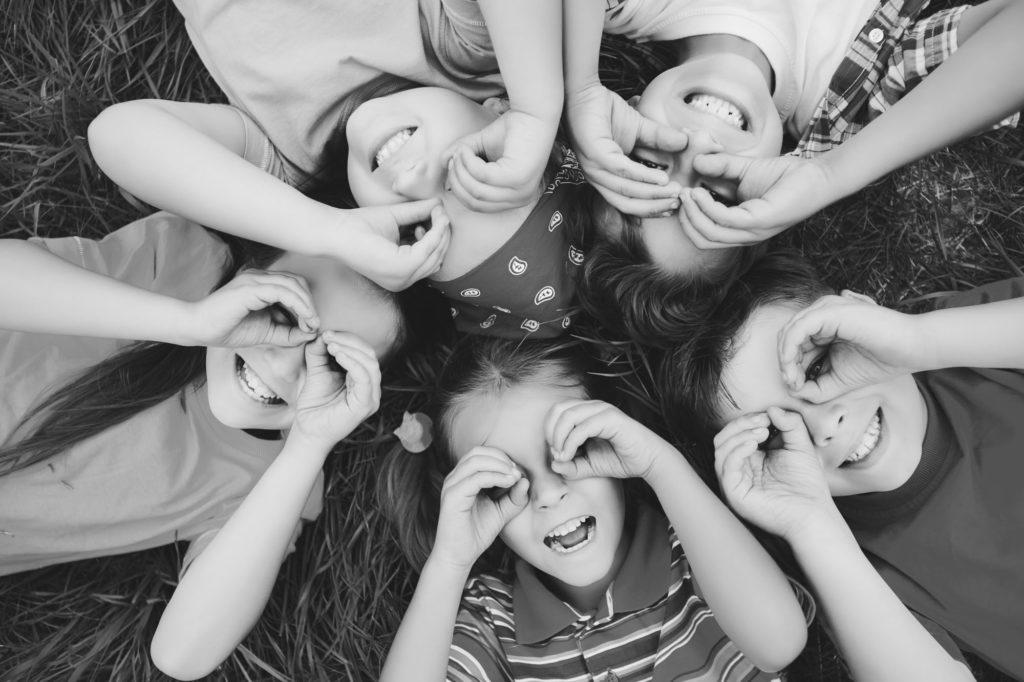 We have a vision!

This year’s focus is on giving tribute to the children and young people with cancer, their bravery, their courage, and their resiliency; it also recognizes the mark their lives leave on the world and how they shape our shared future.

Because access to the best possible care for children with cancer is their human right, and not just a privilege.wordpressadmin2021-07-30T23:28:43+02:00

Because access to the best possible care for children with cancer is their human right, and not just a privilege.

Thirty years ago a call for Health for All was made by the UN. Despite this, childhood cancer continues to be a neglected and marginalized disease.

A child with cancer is no less (nor more) important than a child with malaria, measles, tuberculosis, HIV, malnutrition, or any other life-threatening illness that disproportionately affects children in LMIC. All sick children deserve our full efforts to prolong and improve the quality of their lives.

Children with cancer should suffer less and survive more. Working together , parent organizations, professional societies, governments, institutions dedicated to global development, academic institutions, and individuals of good will, can make a difference for children who otherwise would have no hope of a future .

One parent puts the challenge this way:

The future of our children should not rest solely on the shoulders of families and friends who have lost their beloved children, nor on the kindness of strangers who feel their pain. We need our leaders to be accountable, to take bold and decisive steps to address the needs of kids with cancer. survivors and their families. They need to realize that the future of our nation depends on their willingness to invest in the health and well-being of our children NOW, before it becomes too late.

Carefully implemented childhood cancer programs in LMICs have documented improvements in survival rate of 30%, within less than a decade. Studies have shown that simple interventions like parental education or organizing parents groups are cost efficient yet very effective strategies that can yield a significant return on investment by lessening abandonment and /or increasing the cost effectiveness thresholds of treatments.

Another effective strategy is that of “twinning programs”. Sustained partnership with centers of excellence in developed countries or other middle income countries with advanced capacities , and modest investment of funding, mentoring, training, and support for key personnel in the LMIC center, effectively complement top-down efforts to improve national healthcare coverage and national cancer control efforts for children.

“Researches in the USA have shown that without making a single new discovery, 30% more teens with cancer could be cured simply by giving them pediatric – instead of adult – treatments.“

Because no family should go bankrupt, lose their assets, become impoverished or go deeper into poverty when a child gets sick with cancer. Because no child nor family should face cancer alone.wordpressadmin2021-07-30T23:29:36+02:00

Because no family should go bankrupt, lose their assets, become impoverished or go deeper into poverty when a child gets sick with cancer. Because no child nor family should face cancer alone.

No family should ever have to choose between putting food in the table, sending a child to school or seeking treatment for a child with cancer. Unfortunately, because of the catastrophic costs of childhood cancer treatment and medicines, these are the difficult choices families of children with cancer often have to make in LMICs. In developed countries, families of children with cancer, who are underinsured or have no insurance also face this same burden.

As one parent lamented,

Healthy children and adolescents contribute to productive and sustainable communities and progressive nations.

Every child lost is an irreplaceable piece of the future. We lose the gifts of their unique personalities, talents and potential contributions to our families, communities and nation.

“For every child that dies of cancer, the world loses 71 years of life.“

Even for kids who survive cancer, the battle is rarely over. Over 60% of long-term childhood cancer survivors have a chronic illness as a consequence of the treatment they received; over 25% have a severe or life-threatening illness. A recent study by a leading institution in the USA revealed that by the time survivors are 45, because of the cancer treatments they had as kids, more than 95% of them will have a chronic health problem while 80% will have severe or life-threatening conditions.

In addition to the risks to physical health, another study showed that many survivors experience anxiety: 16% of survivors meet criteria for post-traumatic stress disorder. Anxiety and depression can have a profound impact on wellness, even in those with excellent physical health.

Because one death is too many

Too many children and adolescents still die of cancer worldwide. Based on current limited statistics – one child dies of cancer every three minutes. Effective treatments for certain types of cancer do not yet exist in many LMICs and even in some developed countries.

“While cancer in children is but a fraction of the global cancer burden, for children and their families, it is the difference between life and death.“

Moreover, while significant progress in drug and treatment development has occurred for key adult cancers, development of childhood cancer drugs and treatment is distinctly lagging behind. The latest drug developed for childhood cancer in the United States was 30 years ago. Children/adolescents with cancer continue to suffer through severe and toxic treatments which cause life long health issues and challenges. In the USA, while the FDA has approved 88 new drugs to treat adult cancers since January 2000, only 3 have been approved for use in the pediatric age group. This rather thin record of drug development for pediatric cancers underscores a huge inequity in attention and focus.

Because Childhood Cancer is often curable, but – there is significant inequity and disparity in survival rates across countries and within continentswordpressadmin2021-07-30T23:31:01+02:00

Because Childhood Cancer is often curable, but – there is significant inequity and disparity in survival rates across countries and within continents

Childhood cancer is considered a modern day “miracle” by health circles. More than 70% of childhood cancer is now curable with modern therapy. Overall, this is an impressive increase since the mid-1970s, when the 5-year survival rate was approximately 60%. Still, survival rates vary depending on the type of cancer and factors such as the status of a country’s health system infrastructure, medical culture and socioeconomic conditions. In LMIC, where access to health care is limited and very challenging, survival rates are as low as 10-20% meaning that only 1-2 children out of 10 who are diagnosed with cancer and receive treatment will survive. Conversely, in HIC, survival rates can be as high as 80 – 90%, meaning that only one or two children diagnosed and treated for cancer will die.

In some cases, the survival difference is over 50%, even among children/adolescents with cancer in neighboring countries on the same continent. For example, in Europe, Central and Eastern European countries have significantly poorer cancer survival rates (i.e. higher mortality) than the EU 15. Cancer illiteracy among the general population, lack of prevention and screening efforts, and limited health care resources are all seen as contributing factors to this gap.

Because childhood cancer does not have borders

As is already the case in high-income countries (HICs), in a growing number of middle income countries (MICs), cancer represents the leading cause of non-accidental death among children and adolescents. While childhood mortality due to infectious diseases has been significantly reduced worldwide, deaths due to childhood cancer are increasing. A large and growing proportion of childhood mortality in both developed and developing countries is due to non-communicable diseases (NCD), especially childhood cancer. Most public health experts believe that this rate of increase is cause for concern.

Because statistics do not tell the whole story

This can be attributed to the lack of cancer registries in a large majority of LMICs (low and middle income countries), prevalent under diagnosis, misdiagnosis and/or under-registration of LMIC children with cancer. In these countries, children with cancer are dying undiagnosed, unreported, and unrecorded.

“Experts and researches estimate that approximately 90% of children with cancer reside in developing countries (LMIC).”

How you can get involved?

The ICCD logo and all campaign material are the intellectual property of Childhood Cancer International (CCI) and confirmed partners for use of members of CCI and confirmed partners to promote awareness and advocacy of childhood cancer. For other users, please contact admin@cci.care to seek for permission of use from CCI.
You can find the artwork for the ICCD logo, as well as custom posters, graphs and social media tools, specifically created for member organizations to use in the event planning process to raise awareness about the need to eliminate pain and suffering of children with cancer. 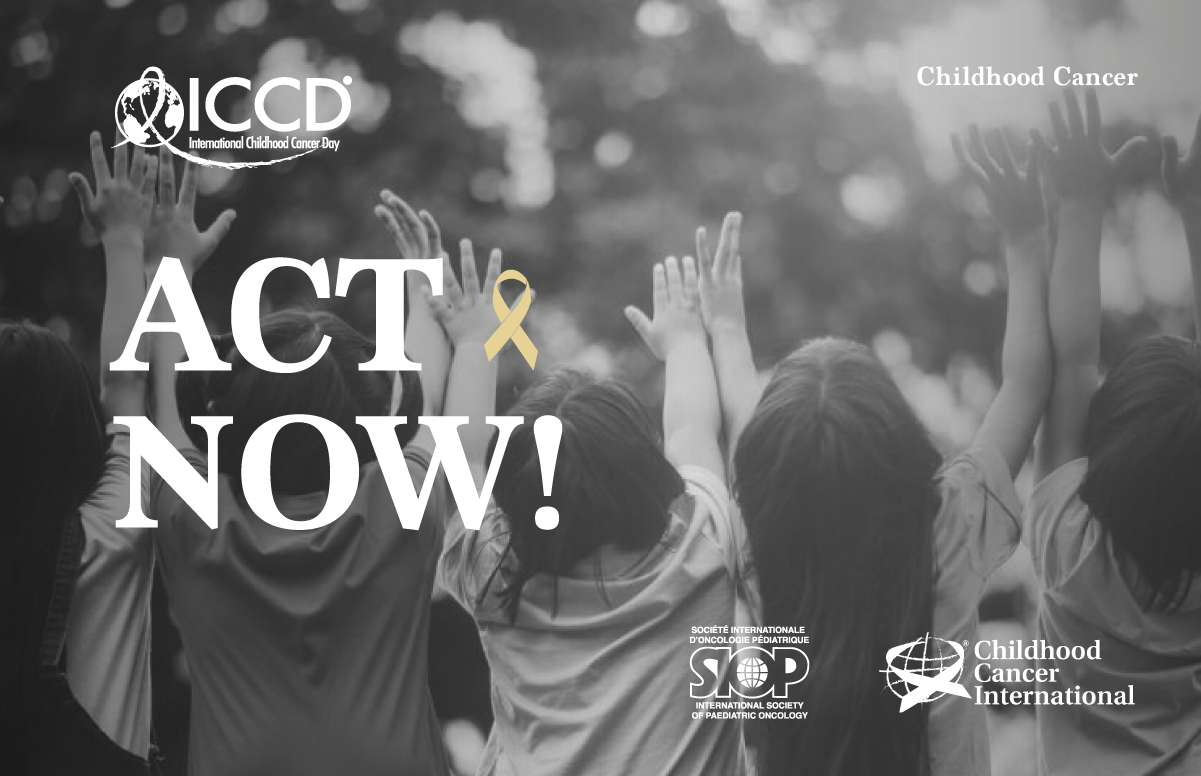