YAI’s efforts to save Indonesian children from cancer🎗️

YAI’s efforts to save Indonesian children from cancer🎗️

In commemoration of the ICCD 2022, YAI intensely held a webinar on cancer in children via Zoom for primary healthcare center medical personnel in Eastern Indonesia on 10 Feb in Southeast Sulawesi, 17 Feb in Central Sulawesi, 24 Feb in Gorontalo, 7 Apr in Maluku, 14 Apr in North Maluku.

The goal is that children suspected of having cancer can be found early, referred for further examination and if positive for cancer, the child is immediately treated so that they can be saved from cancer. This effort is in line with the ICCD 2022 theme which is “Better survival” is achievable #throughyourhands.

Today, April 21, 2022 YAI is holding a webinar for the Province of Papua, which is located in the Eastern Region of Indonesia. Papua is the 32nd province and in May 2022 YAI will be present in West Papua Province and will continue to expand sustainably to all provinces (a total of 34 provinces in Indonesia).

We hope that by joining hands together, the target of 60% of the survival rate for children with cancer, which was initiated by WHO through the GICC program in 2030, can also be achieved in Indonesia. 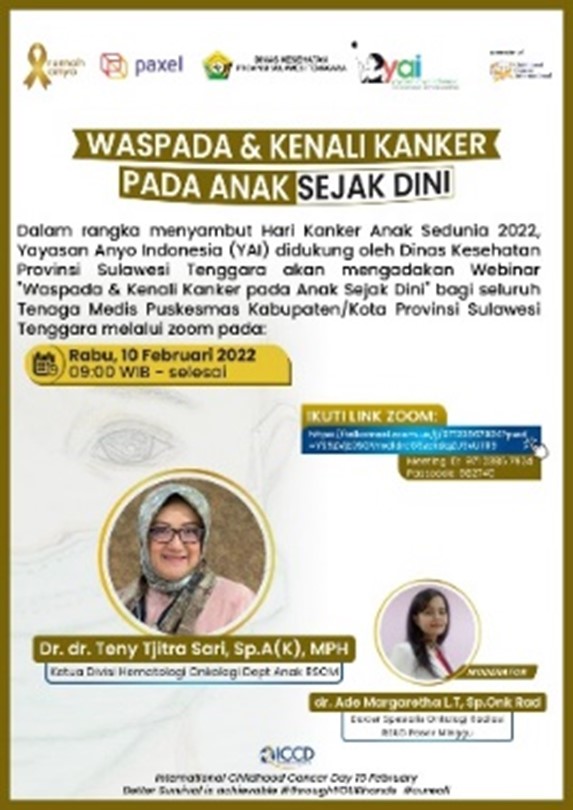 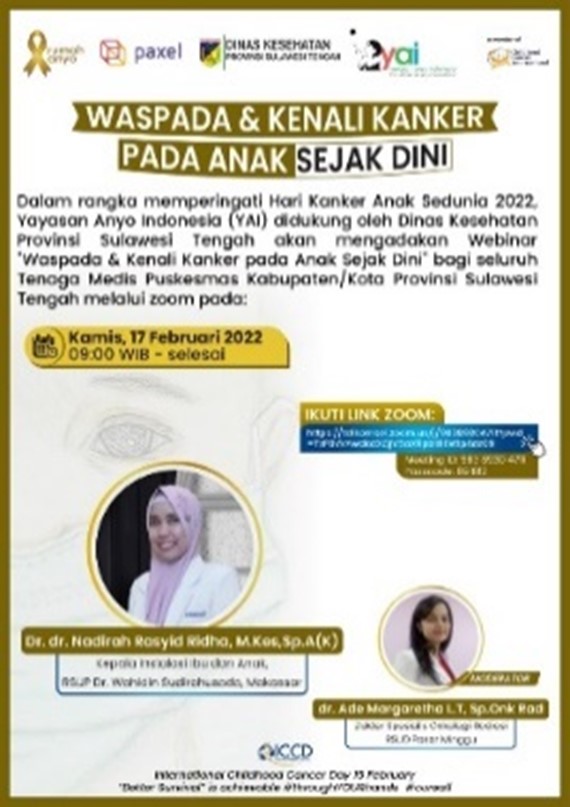 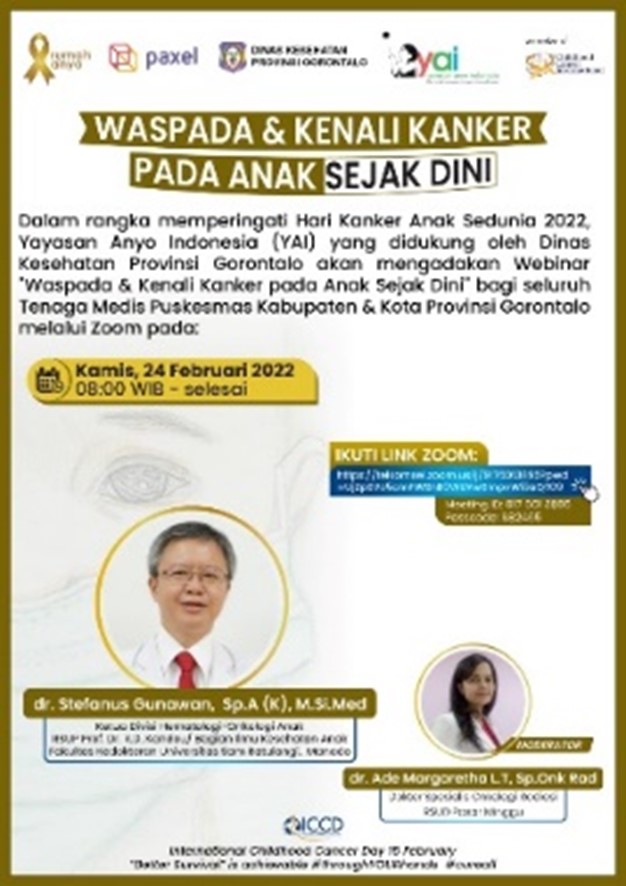 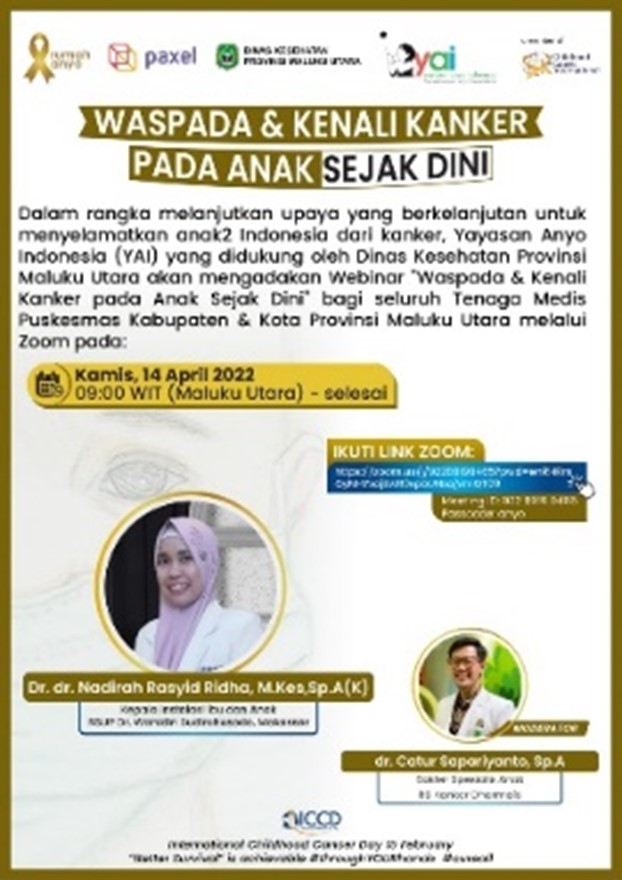 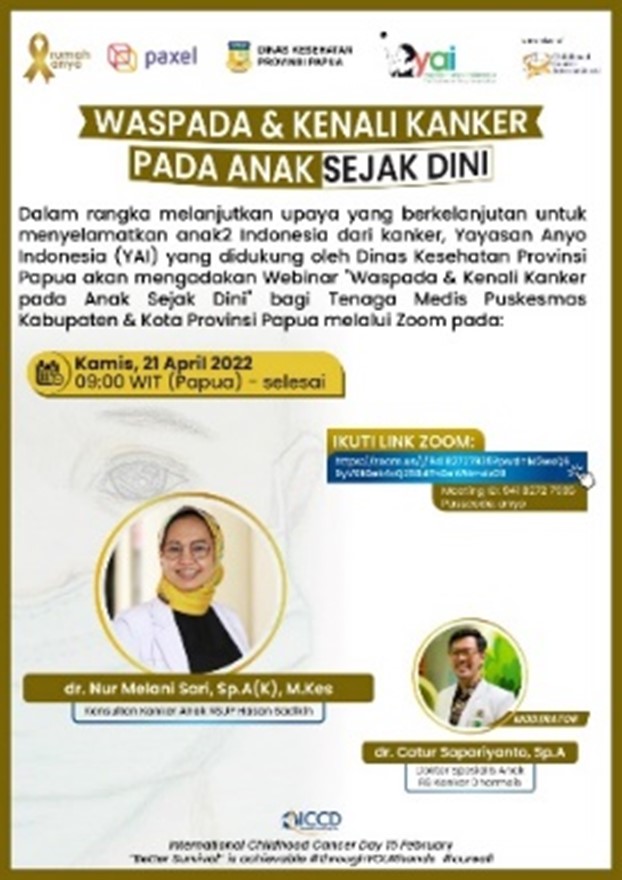